John B. Hess, CEO of Hess Corporation, was presented with the Institute for Energy Law’s John Rogers Award on February 21 during the 70thAnnual Oil & Gas Law Conference.  The John Rogers Award was established fifty years ago, in 1969, to honor John Rogers of Tulsa, Oklahoma.  The award is presented each year during the Annual Oil & Gas Law Conference, which takes place in Houston.  The award is presented to a person associated with the energy industry in recognition of extraordinary professional and civic achievement.  At the ceremony, Mr. Hess was introduced by Hess Corporation’s Senior Vice President and General Counsel, Timothy Goodell.  During his acceptance speech, Mr. Hess talked about his observations on key trends in the oil and gas industry and the responsibility of those in the industry to meet the world’s growing energy needs responsibly.  Mr. Hess is a member of the Board of Directors of KKR & Company and the Board of Trustees at the Center for Strategic and International Studies.  He also serves on the Executive Committee of the American Petroleum Institute. 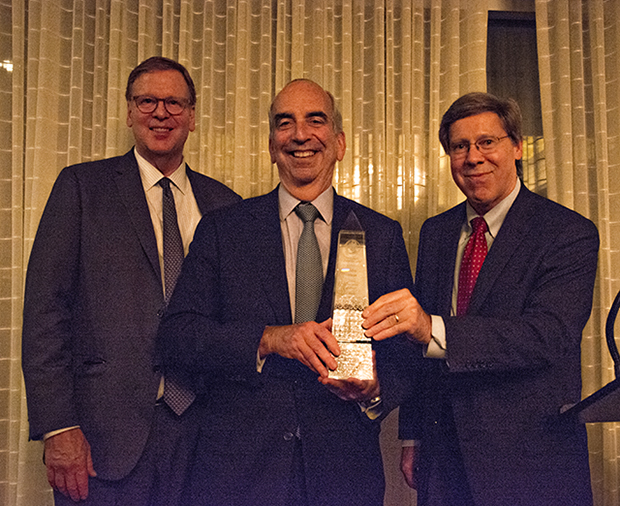 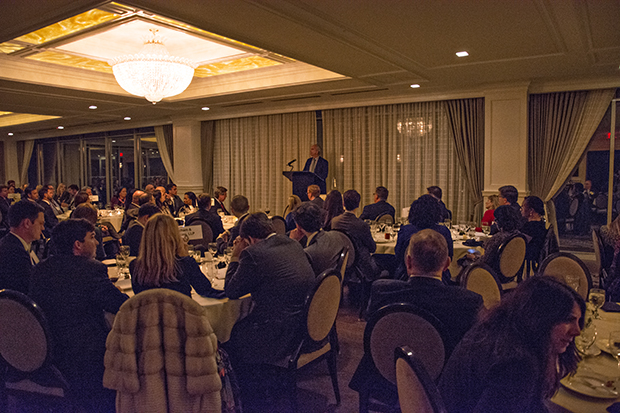 Photo caption: John B. Hess accepts the Institute for Energy Law’s John Rogers award at the Petroleum Club of Houston on February 21 during the 70th Annual Oil & Gas Law Conference.