Lynn Laverty Elsenhans, Former Chairman and CEO of Sunoco and Sunoco Logistics, was presented with the Institute for Energy Law’s John Rogers Award on February 20th during the 71st Annual Oil & Gas Law Conference. The John Rogers Award was established in 1969 to honor John Rogers of Tulsa, Oklahoma and it is presented each year during the Annual Oil & Gas Law Conference. The John Rogers Award is presented to a person within the energy industry in recognition of their extraordinary professional and civic achievements. At the ceremony, Ms. Elsenhans was introduced by Jay Martin of Willkie Farr & Gallagher LLP. During her acceptance speech, Ms. Elsenhans discussed the recent downwards trend of the oil and gas industry, yet despite the trend, she argued that the industry has a less bleak future than originally thought. Global demand, including growth of the middle class and population increase, and technological innovation will sustain the industry for a while. Regardless, she expressed concern for the challenges awaiting the oil and gas industry and calls for the industry to be prepared for an uncertain future. Ms. Elsenhans is currently on the board of Saudi Aramco, GlaxoSmithKline plc, Baker Hughes, a GE Company, and the Texas Medical Center. She chairs the corporate responsibility committee at GlaxoSmithKline and the audit committee of Baker Hughes.  Ms. Elsenhans also serves on the advisory board for the Baker Institute at Rice University and is a Trustee Emeritus of Rice. 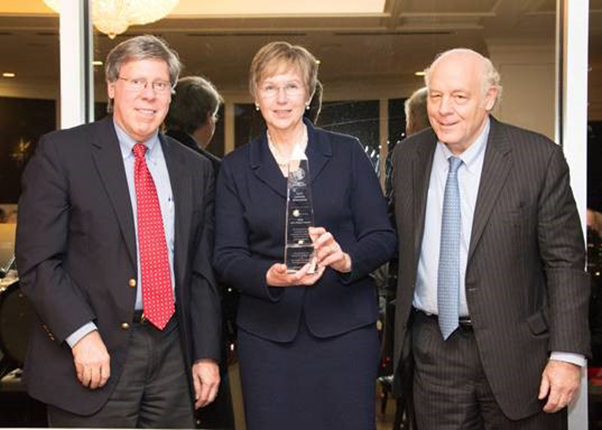 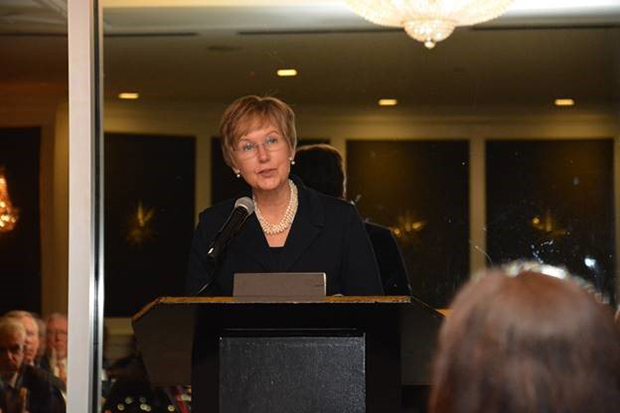