The ILT’s 50th Annual Intellectual Property Law Conference on November 12 and 13 was described by a former institute chair as “the most successful yet”. Organized by co-chairs Larry Bassuk (Texas Instruments) and David Taylor (SMU Dedman School of Law), the two day conference included a number of annual favorites like reviews of patent and trademark law, and a number of innovations, such as a session on patent litigation in China and on rules in Europe. Divided into four principal sessions, moderated by Ted Stevenson (McKool Smith), Ira Matsil (Slater & Matsil), Marc Hubbard (Hubbard Law PLLC), and Rob King (Silicon Laboratories), the two days included the ILT’s 50th Anniversary Dinner in the Hall of Flags at The Center for American and International Law, with guest speaker Azam Khan of the U.S. Patent and Trademark Office.

The conference was attended by nearly 220 delegates from the region and around the country, with a few from outside the U.S., including an intellectual property supreme court judge from China. Delegates enjoyed networking opportunities with their IP law colleagues as well as an exceptional learning opportunity. 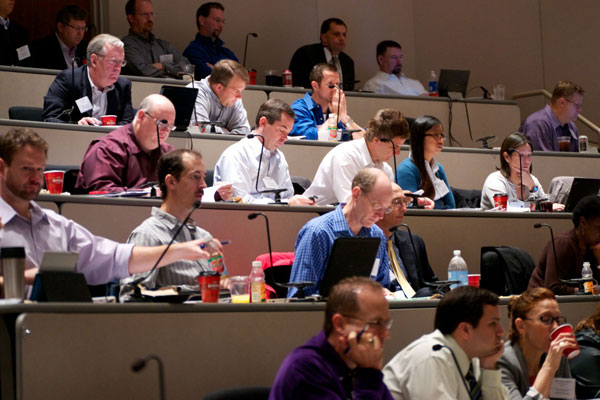