Azam Khan, the deputy chief of staff who heads the USPTO’s taskforce planning its new Dallas office, was guest speaker at the ILT’s 50th Anniversary Dinner at The Center for American and International Law on Monday, November 12.  Updating dinner guests on progress with the new office, he advised that the USPTO was not far from announcing its decision on office location in the Metroplex, an announcement he expected within weeks.  Staff positions for judges had already been advertised and applications were being considered.

Khan expressed some disappointment that the PTO had not yet found a suitable candidate to be regional director, but noted that the first recruitment process had perhaps been too brief.  The position would be re-advertised and Khan encouraged anyone interested in this unusual opportunity to develop a new office from the drawing board to apply.

He commended the Dallas/Fort Worth business and legal communities for their support for the siting of a regional office in the area, and looked forward to the continued growth of the region as an IP center as the new office begins to service Texas and many neighboring states. 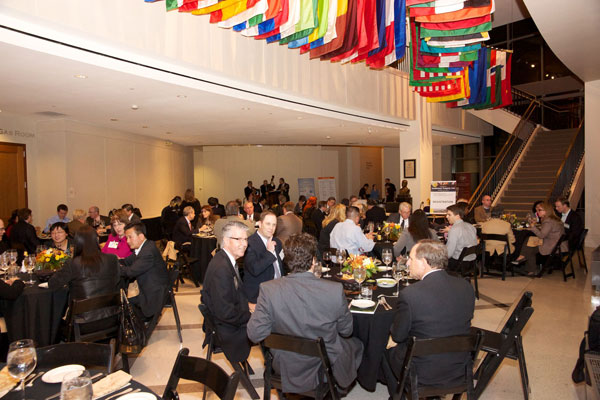 50th anniversary dinner in the Hall of Flags