The ILT's new spring conference, Advanced Practice under the America Invents Act, got under way on Thursday, April 11 in Dallas's Hyatt Regency Hotel. The brainchild of ILT Executive Committee member Marc Hubbard (Hubbard Law) and Lisa Jorgenson (STMicroelectronics), the conference began with a lively panel discussion chaired by Professor David Taylor of SMU Dedman School of Law reviewing whether the AIA had achieved its objectives, and considering what still needs to be done. Panelists Phil Johnson (Johnson & Johnson), Bart Showalter (Baker Botts) and Bob Stoll (Drinker Biddle & Reath) entertained the audience with their frank comments on what the act had achieved, and on what it had not achieved.

Richard Phillips of ExxonMobil Chemical Company moderated the second panel on new and changing patent prosecution strategies. Jennifer Wuamett (Freescale Semiconductor), Michael Piper (Conley Rose) and Rob King (Silicon Laboratories) discussed the need to file quickly and file often, highlighting the renewed interest in the engineering community in cooperating with in-house counsel to ensure that patent protection was sought in good time and stood a good chance of being successful. Planning ahead is essential, and provisional applications without sufficient good quality back up are of limited use.

The lunchtime keynote address was given by Phil Johnson, who gave attendees the inside story of the consultation and political processes which led to the passage of the Act in 2011.

Brad Pedersen of Patterson Thuente Pedersen reviewed initial statistics from the early proceedings under the AIA, before the afternoon concluded with an interactive panel discussion moderated by Joe Mahoney (Mayer Brown) with panelists Mehran Arjomand (Morrison Forster), Todd Baker (Oblon, Spivak, McClelland, Maier & Neustadt) and Bernie Knight (USPTO), considering strategies for appearing before the Board in these proceedings. The Board has a backlog of about 26,000 cases and has undertaken to complete new AIA cases in a year, so it is unlikely to be taking cases to illustrate fine legal points. 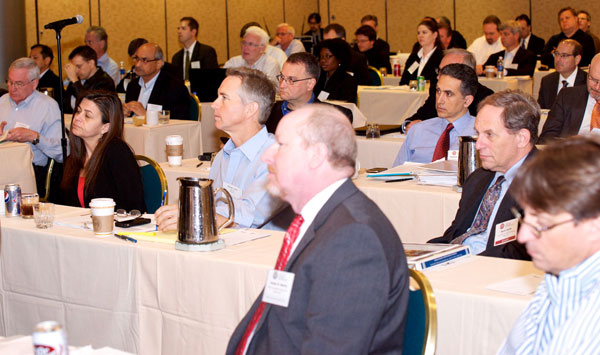 Attendees at the Advanced Practice under the AIA Conference in Dallas 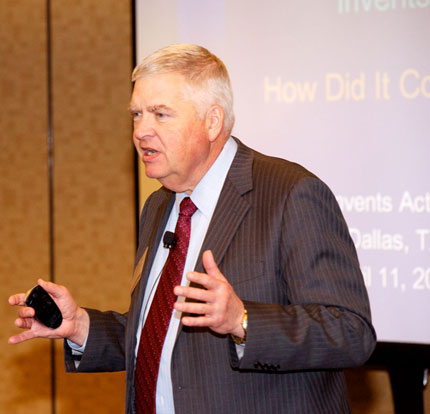