For more than 25 years, the European alumni of the Academy of American and International Law have held annual reunions. The 2014 reunion was held in Rome, and this year the torch passed to Sarajevo, the capitol of Bosnia and Herzegovina.

On October 1, 24 people gathered from all over Europe – Italy, Turkey, FYR Macedonia, Belgium, Albania, Czech Republic, Sweden, Spain, Romania, France and Germany. Outside of Europe, participants came from the U.S. and even from Pakistan and India.

As always, the alumni program was a great opportunity to renew old friendships and to make new ones. As per the Academy spirit in Plano,  alumni don't like to say goodbye.  Instead, we use the Texas phrase “see y'all again soon”. Next year, we travel to Dublin, Ireland, our reunion host in 2016.

- A report from Dubravka Piotrovski 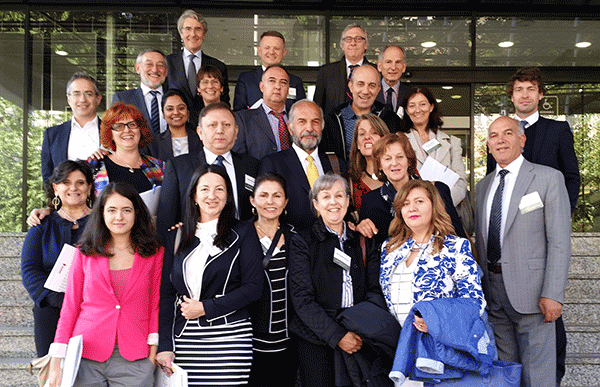