At the IEL’s 11th Annual Energy Litigation Conference in Houston on November 15, IEL Chair David Asmus (Morgan Lewis & Bockius) presented the IEL’s prestigious Lifetime Achievement in Energy Litigation Award to David Beck of Beck, Redden & Secrest.  In his introduction of the awardee, conference co-chair Mark Christiansen (Crowe & Dunlevy) remarked that while Beck arguably had not yet reached his peak, his long and successful career at the bar was such that it almost compelled the IEL to make this award to him or risk losing the award’s prestige.  In his remarks at the award ceremony, Beck reflected on his career as a lawyer and the significance of law as a calling.  Concluding that most lawyers were doing their utmost to advance and protect the interests of their clients, he remarked that he was proud to be an attorney, and honored to receive the award. 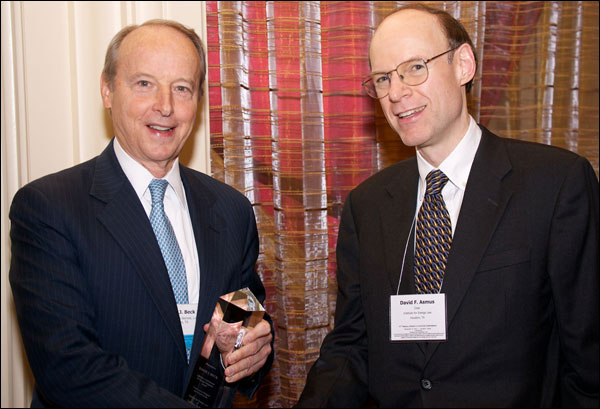