The first Hartrick Symposium began on Friday, March 1, 2013, with a reception in Tulsa's Gilcrease Museum hosted by the University of Tulsa College of Law and the IEL's Young Energy Professionals Committee. The symposium, jointly presented by the IEL and Tulsa Law, is on the theme Career Paths for Young Attorneys in the Energy Sector, focuses on the careers available to young lawyers in the energy industry - careers in law, land, negotiations, regulation and compliance, and concludes with a session on the employers' perspectives.

The Honorable Joseph W. Morris, by a marvelous coincidence both a former chair of the IEL and a former dean of the University of Tulsa College of Law, as well as being a former general counsel of two oil companies and a federal judge, was introduced by Curtis Frasier, Executive Vice President and General Counsel, Upstream Americas of Shell Oil Company, and presented with the Distinguished Service in Energy Law Award by Dean Janet Levit of Tulsa Law. Following the presentation, Judge Morris delivered a highly amusing account of his unusual and various career changes, none of which he had planned - all he ever wanted to do was simply to be a lawyer. 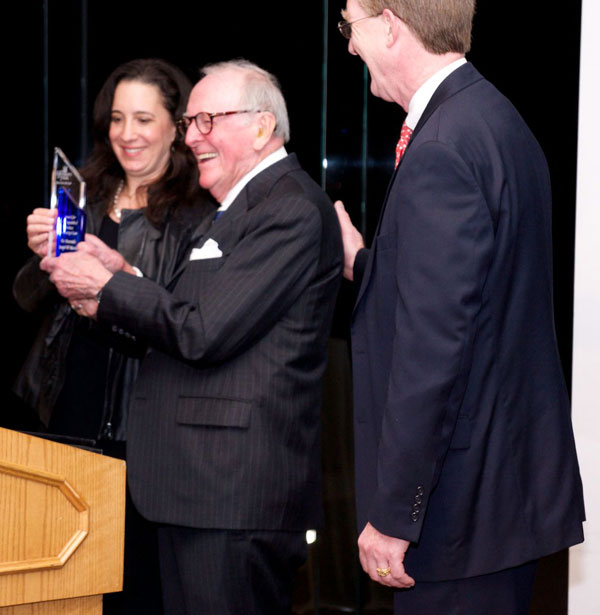