The IEL’s associate director, Alan Dunlop, has been promoted to co-director alongside David Winn, it was announced at the IEL’s Executive Committee meeting on February 20th. Alan joined The Center for American and International Law in 2011, after a career in the oil industry culminating in a position as vice president and general counsel of Hess Corporation’s exploration and production division. Qualified as a solicitor in Scotland, a solicitor in England and Wales, and an attorney and counselor at law in New York, Alan was involved in legal education even before joining The Center as an officer and eventually chair of the International Bar Association’s Section on Energy, Environment, Natural Resources and Infrastructure Law, and also as a practice committee chair then advisory board vice chair of the IEL.

Alan will also become co-director of the IEL’s sister institute, the Institute for Law and Technology, alongside Mark Smith. 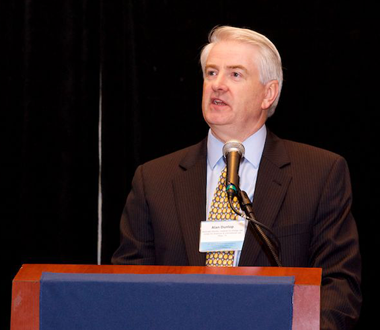