The IEL’s 64th Annual Oil and Gas Law Conference took place in Houston’s JW Marriott Hotel on February 21 and 22, 2013. For IEL members, proceedings began the previous afternoon with a meeting of the IEL’s advisory board, followed by meetings of the six practice committees, and the advisory board annual dinner in Houston Country Club. 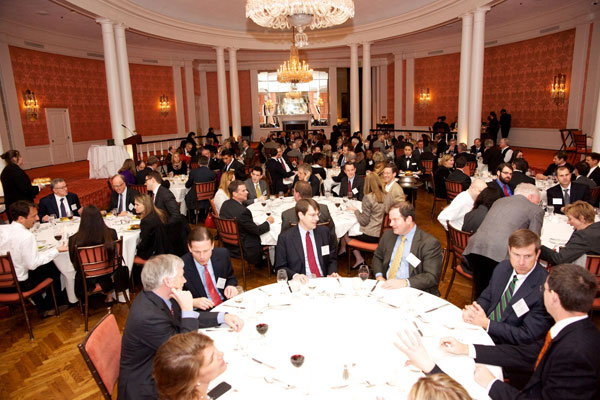 With over 440 registered delegates, this year’s conference trumped all modern records. Thursday morning began with the conference in plenary session, and the presentation to the winner of the first Hartrick Scholar writing competition, Zeb Zankel of Santa Clara University School of Law, with a check for $2,500. Zeb’s paper, Dissonance in the California Wholesale Electricity Market, was selected from the 49 entries to the competition for the quality of its construction and legal analysis. Zeb’s paper will be published by the IEL in conjunction with LexisNexis in Proceedings of the 64th Annual Oil and Gas Law Conference, along with the other conference papers. 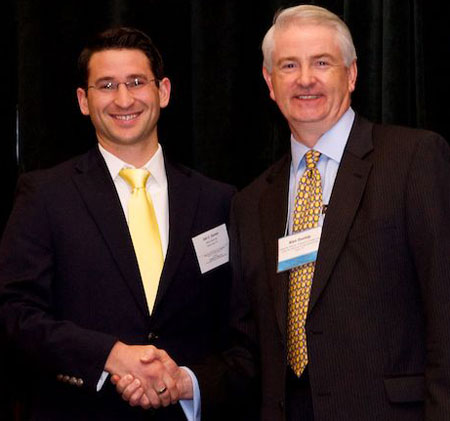 The conference began with a talk on the "rational middle” by Greg Kallenberg, and a comprehensive update on recent legal developments from Kevin Colosimo. Professor Nancy Rapoport provided delegates with an hour of ethics credit with a highly entertaining presentation on lawyers’ ethics in pop culture, before the conference split into concurrent sessions covering oilfield services and compliance and enforcement, and later international and US regulatory.

Thursday evening saw the John Rogers Award dinner at the Houston Petroleum Club downtown. Rex W. Tillerson, Chairman and CEO of ExxonMobil, was introduced by Jack Balagia, ExxonMobil’s general counsel, and was presented with the John Rogers Award by IEL Advisory Board Chair, David F. Asmus. Tillerson then addressed the over-200 dinner attendees on a variety of industry themes, during which he noted the importance of lawyers and the rule of law to the proper functioning of the oil and gas industry both at home and abroad. 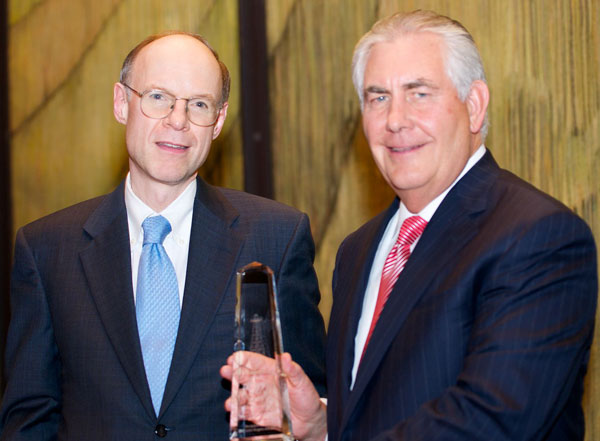 Friday morning began with concurrent sessions on US litigation and US transactional, notable for a particularly on point panel discussion on heated topics of the day led by an old friend of the IEL, Harrell Feldt, with his panelists, Robin Gibbs and Drew Mccollam. Over lunch on Friday the Deans of Oil and Gas Practice Lecture was presented by Professor Ernest Smith, holder of the Rex G. Baker Centennial Chair in Natural Resources Law at the University of Texas School of Law. Celebrating over 50 years of teaching law, Smith treated the delegates to his thoughts on the shale revolution in the US, and to some predictions of how he anticipated regulation of shale developing in the future. 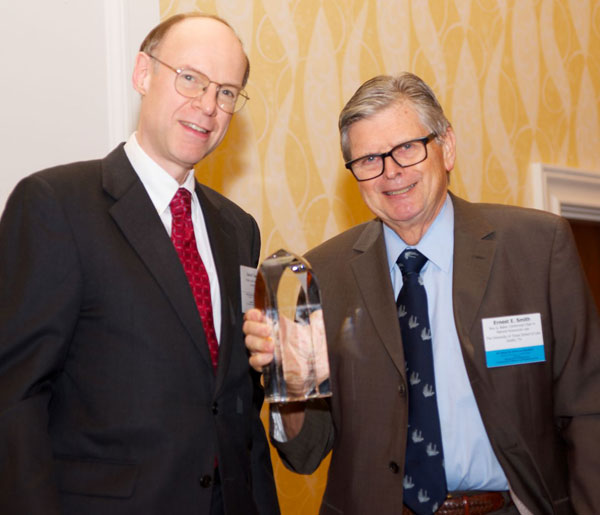 The final afternoon of the conference began with three concurrent sessions, oil and gas financing, environmental, and the IEL Forum. The Forum was a first time, experimental session based on the ITA Forum of our sister institute, the Institute for Transnational Arbitration. It consisted of an unscripted, moderated discussion led by Harry Sullivan and Larry Simon, and was an opportunity to share experiences and raise concerns in a dialogue format. Those attending deemed the innovation of the Forum a success which should be repeated in future conferences.

Back in plenary session for the afternoon’s concluding presentations, the delegates heard General James Jones, former National Security Adviser, Supreme Allied Commander Europe and Commandant of the US Marine Corps, discuss how the United States might leverage its new found oil and gas production from shale for greater economic and national security. Jones was followed by Professor Greg Smith of LSU with the second ethics presentation of the conference. Smith made staying to the end worthwhile, with an entertaining collection of real examples of ethical misjudgments made by members of our profession.

At the conclusion of the conference, delegates were hosted by the IEL’s Young Energy Professionals Practice Committee at a cocktail reception.

For the first time this year, delegates with Twitter accounts were able to receive live tweets about the conference, both from the IEL and from other conference delegates. You can follow the IEL on Twitter @IEL_CAIL.

An initial review of delegates’ evaluation forms shows that they consistently rated the conference as excellent or very good. Feedback received directly by IEL staff was also favorable, both about the conference and about the new venue in the JW Marriott.