The Institute for Law Enforcement Administration recently hosted its sixth group of commanding officers from the Lebanon Internal Security Force (LISF), the national police force for the country of Lebanon. Ten generals and three colonels attended the two week course at ILEA’s headquarters, The Center for American and International Law in Plano, Texas. The goal of this training was to facilitate learning about the rule of law in the United State, US police administrative practices, various leadership practices and the role of ethics and diversity in policing. This training and education also included work on teambuilding (ROPES course) and a visit to the Sixth Floor Museum in Dallas, Texas. The staff at the ILEA also received a presentation on the police command structure in the Lebanese ISF and policing initiatives underway in Lebanon. The training lasted from November 5th through the 16th, 2012 and was undertaken through a grant from the US Department of State. 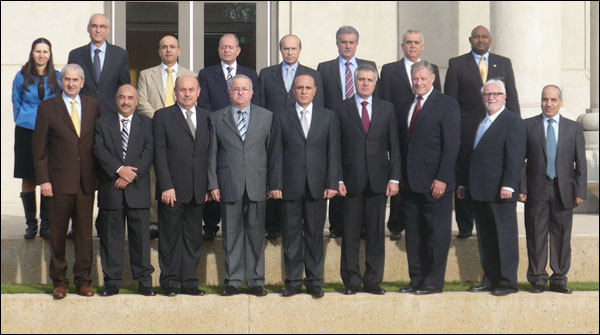