A Message from CAIL regarding the Coronavirus Close notification. ×

Officers from more than 200 police departments across the state of Texas gathered in Plano Tuesday for a summit on how to improve police accountability and relations with the public. Most departments agree the answer is body cameras.

“In today's society, you have to be transparent. It's expected and it's mandatory,” said Broadnax. “We're talking about the cameras that see faster than the human eye."

“When you do break it down on 30 frames per second basis, you can see things you wouldn't normally be able to see normally at real speed,” said Miller.

Miller is talking about the June 2014 fatal Dallas police shooting where Jason Harrison, a mentally ill man, threatened officers with a small screw driver. The officers where cleared of any wrong doing by a grand jury.

The summit hosted by the institute for Law Enforcement Administration also addressed the best practices to better regulate with the goal of a uniform code recognized state wide. 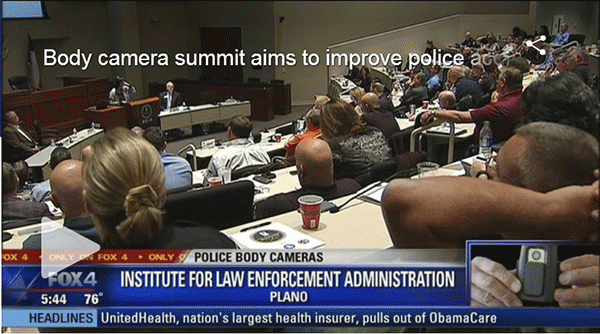