A Message from CAIL regarding the Coronavirus Close notification. ×

We are pleased to announce Chief Will D. Johnson of Arlington Police Department as the 2016 Ethical Courage Award honoree. 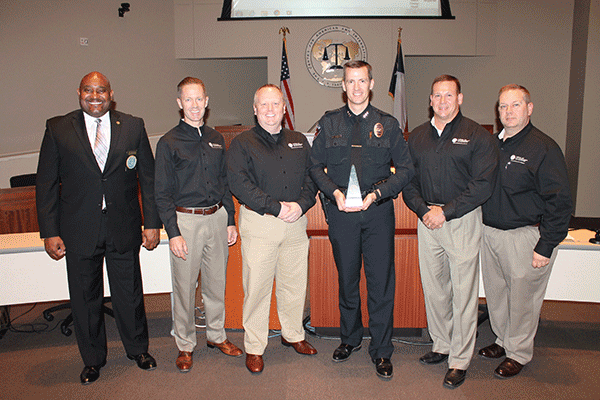 The Ethical Courage Award, presented by ILEA in conjunction with its Contemporary Ethics and Issues Conference, recognizes an individual or organization for meritorious leadership or courage related to law enforcement ethics and integrity.

On August 7, 2015, Arlington Police responded to a possible break-in at a car dealership. During a confrontation with officers the suspect was shot and died at the scene. Chief Johnson not only responded to this tragic situation with compassion but demonstrated the power of community policing, procedural justice and transparency.

In recognition of his outstanding leadership, Chief Johnson received the 2016 Ethical Courage Award at ILEA’s headquarters on August 15, 2016.